The Indonesian government is going on a streak to weather down external shocks affecting the country’s economic performance.

After Bank Indonesia raised its seven-day repo rate by another 25 basis points to six percent on Thursday, the government announced on Friday that it had launched the 16th economic package aimed at relaxing regulations pertaining to investment.

The package comprises three main points, namely the expansion of the tax holiday, the adjustment to the negative investment list (DNI) and the provision of tax incentives for the mandatory saving of export earnings in Indonesian bank accounts.

Coordinating Economic Minister Darmin Nasution argued that the economic package should not be seen as “pro-foreigner” and should instead be perceived as a means to enhance productivity.

The government noted Rp 14.4 trillion (US$985.23 million) worth of foreign capital entering Indonesia through government debt papers between January and November.

Darmin said it was a sign of confidence from foreign investors toward Indonesia despite the external situation going against the country, such as monetary tightening in the United States, which prompted investors to pull their money out of emerging markets and move it to the US.

Below are the economic stimulus measures:

The new tax holiday in the 16th economic package expands the categories, duration and amount it applies to. A revision to Finance Ministerial Regulation (PMK) No. 35/2018 on the tax holiday will be issued, along with a new PMK to regulate a special tax holiday for smaller investments in special economic zones (SEZs).

The ministry’s undersecretary for macroeconomics and finance, Iskandar Simorangkir, said President Joko “Jokowi” Widodo had instructed his office and the Finance Ministry to issue the two regulations by next week.

Eighteen sectors were offered various tax holiday incentives, with the new sectors being the processing industry based on agriculture, plantations or forestry and the digital economy.

With the new regulation, investments worth between Rp 100 billion and Rp 500 billion can now benefit from a 50 percent income tax reduction for five years.

The new economic package revises the DNI by excluding 87 business sectors, thereby allowing them to benefit from partial or full investment from foreign investors.

Out of the 87 sectors, 54 are now fully open to foreign capital, such as offshore oil and gas drilling, clove and white cigarette production, certain categories of medical equipment production, dairy farming and fabric printing.

investment in the past few years, with the latest Coordinating Investment Board (BKPM) data showing a 1.4 percent quarterly decline of investment growth in the third quarter, following a 4.9 percent decline in the second quarter.

With the decline, the BKPM has revised down this year’s investment target to Rp 730 trillion from Rp 765 trillion.

The ministry’s special staffer, Edy Putra Irawady, reassured that the revision of the DNI would not suppress opportunities for domestic investors, particularly those from small and medium enterprises (SMEs).

He also emphasized that the removal of the sectors from the DNI was based on the discretion of each ministry responsible for them, hence it would be up to each ministry to explain the benefits of allowing foreign investment in the sectors.

Similar to the new tax holiday, Jokowi mandated the administration to issue a new regulation pertaining to the DNI adjustment approximately a week after the economic package was launched.

The third incentive prepared in the 16th economic package is to provide final income tax cuts for exporters who deposit their earnings (DHE) in designated bank accounts in order to provide liquidity to the domestic financial system.

The regulation stipulates that export earnings from mining, plantation, forestry and fishery sectors be deposited with domestic lenders who are authorized to conduct foreign exchange transactions or in branches of foreign lenders in Indonesia.

The ministry’s special staffer on economic and political relations, law and security, Elen Setiadi, said a zero percent final income tax cut would be provided to exporters who deposit at least 90 percent of their earnings for more than six months, both in the form of US dollars or rupiah.

The designated accounts will also be able to serve as the exporters’ escrow account, meaning that they will be able to withdraw money from their accounts to pay routine bills or dividends and keep the rest of the funds under Bank Indonesia’s supervision.

The incentives and sanctions will be regulated through a PMK and BI regulation, which will be established 30 days at the latest after the economic package was launched, and will be implemented by Jan. 1 next year.

This article has published at The Jakarta Post.com titled “Indonesia’s latest economic stimulus package: What you need to know”
http://www.thejakartapost.com/news/2018/11/17/indonesias-latest-economic-stimulus-package-what-you-need-to-know.html 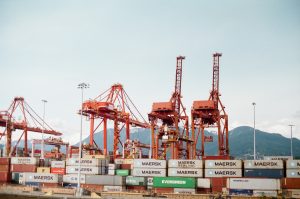 Photo by Kyle Ryan on Unsplash