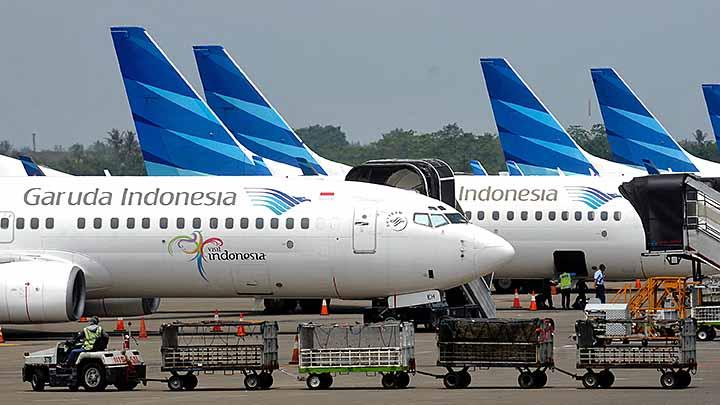 Rupiah strengthens as US dollar under pressure

The rupiah strengthened to Rp 14,338 to the United States dollar on Friday, 72 points higher than its position on Thursday, which stood at Rp 14,474 per US dollar, according to the Jakarta interbank spot dollar rate (JISDOR).

“The US dollar is under pressure by other world currencies, including the rupiah, triggered by market players’ concerns over the economic slowdown estimation in the United States,” said securities firm Samuel Sekuritas economist Ahmad Mikail.

Chinese shoppers are buying fewer smartphones. Expensive handbags and watches could be next. European luxury stocks were hit Thursday after Apple said it sold fewer iPhones than expected in the final three months of 2018 because of a sharp economic slowdown in China. Shares in LVMH, which owns brands including Fendi and Louis Vuitton, were down 3%. Burberry stock plunged 5.8% and Gucci owner Kering dropped 4%. Swiss watchmaking group Swatch shed 3%. Chinese luxury spending remained strong in the first half of 2018 despite a sluggish economy. But European fashion houses have not yet reported results for the end of the year, and investors are worried they main contain some nasty surprises.

Singapore’s factory growth slowed again last month, with the key electronics sector contracting further amid the global outlook for the sector weakening and fallout from the trade dispute between the United States and China. The Republic’s overall Purchasing Managers’ Index (PMI), dipped 0.4 point in December, reaching 51.1. A reading above 50 indicates growth.

The electronics sector, which marked its first contraction after 27 consecutive months of growth in November, dipped 0.1 point to 49.8 last month, the Singapore Institute of Purchasing and Materials Management (SIPMM) said on Thursday (Jan 3).

Australia’s Qantas Airways was named the world’s safest airline on Thursday (Jan 3), the fifth time the carrier has led the rankings.

Qantas, one of the world’s oldest airlines, was chosen for the top spot this year due to its “leadership with safety innovations”, AirlineRatings.com’s editor-in-chief Geoffrey Thomas told Channel NewsAsia on Friday.

The airline has been at the forefront of developing technology such as the Future Air Navigation System and the flight data recorder used to monitor plane and crew performance.