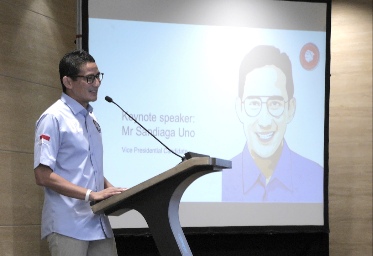 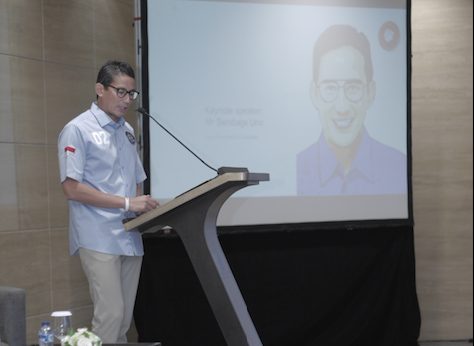 The Indonesian vice presidential candidate Sandiaga Uno was a speaker at the second series of Election Talk held by the SCCI. The event was commenced on 11 March 2019 at the Ritz Carlton Pacific Place, Jakarta. This event is sponsored by SIS Group of Schools. 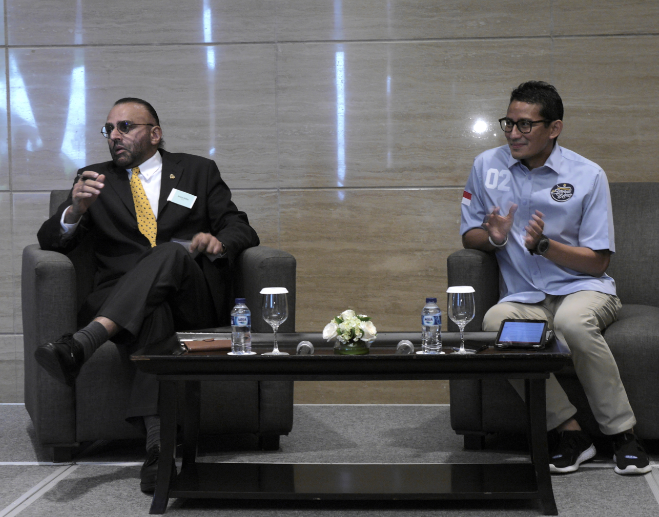 The talk was moderated by Jaspal Sidhu, vice chairman of SCCI and the founder of SIS Group of Schools. 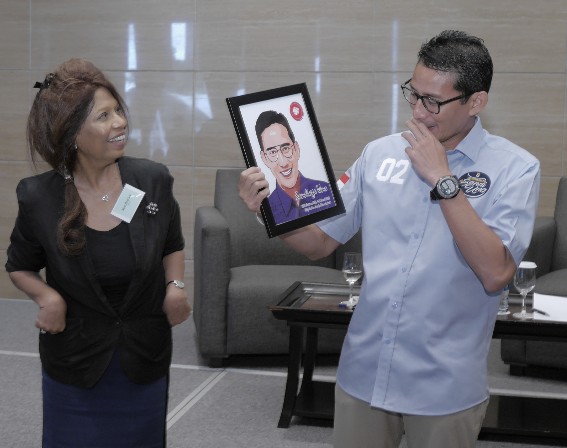 SCCI Chairperson Noor Meurling gave a souvenir after the talk. 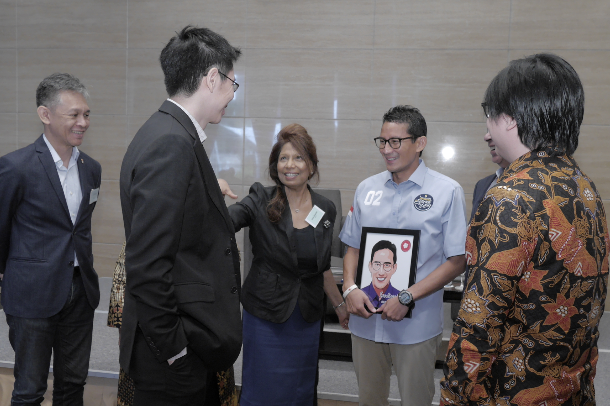 The talk was followed by a Q&A session.  Mr. Sandi was greeted by the audiences and did some small discussions.